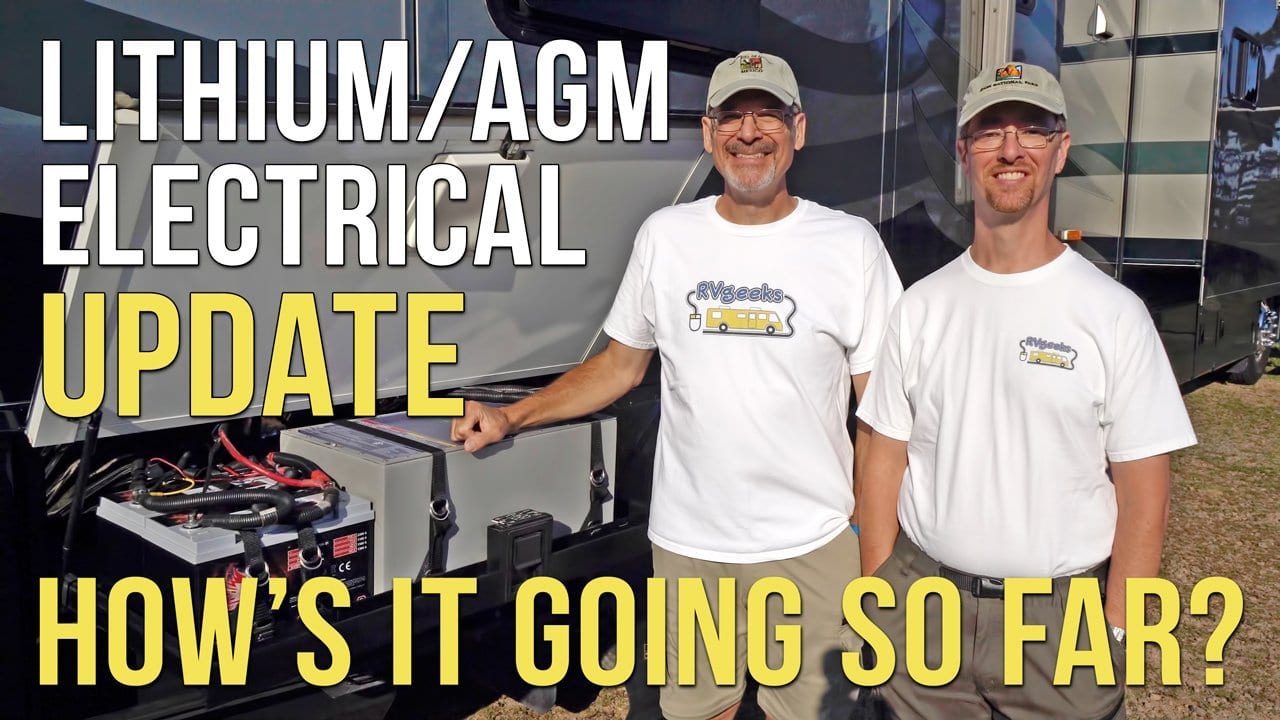 If you’ve been watching our video series about upgrading our batteries and electrical system, you’ll surely want to see our first update on how things are going so far. We’ve been putting the systems through their paces for the past 3 1/2 months, and it’s time to share our first impressions of what it’s like… especially our 600 Ah Xantrex Freedom e-GEN house battery!

We sometimes receive products for evaluation at no cost, and The RVgeeks are a participant in the Amazon Services LLC Associates Program, an affiliate advertising program designed to provide a means for us to earn fees by linking to Amazon.com and affiliated sites. But our opinions are our own, you won’t pay an extra penny, and we only link to products we personally use, love and can recommend to friends with complete confidence.
— Previous article

And Our Viair Giveaway Winner Is... !!

Read More
Whether you have a motorhome, travel trailer or 5th wheel, leveling your RV is a routine part of…
Read More

Read More
In this video, Tyler from Tough Top Awnings shares a couple of tips for replacing slide topper and…
Read More

Read More
The only thing better than finding innovative, high-quality RV products… is getting a discount on them! We’re thrilled…
Read More

Read More
When we’ve wintered in cold climates in the past, some people have asked “Why?” We’ll not only talk…
Read More

Read More
If you’ve been RVing for a while, you’ve probably encountered your fair share of very unlevel RV sites.…
Read More