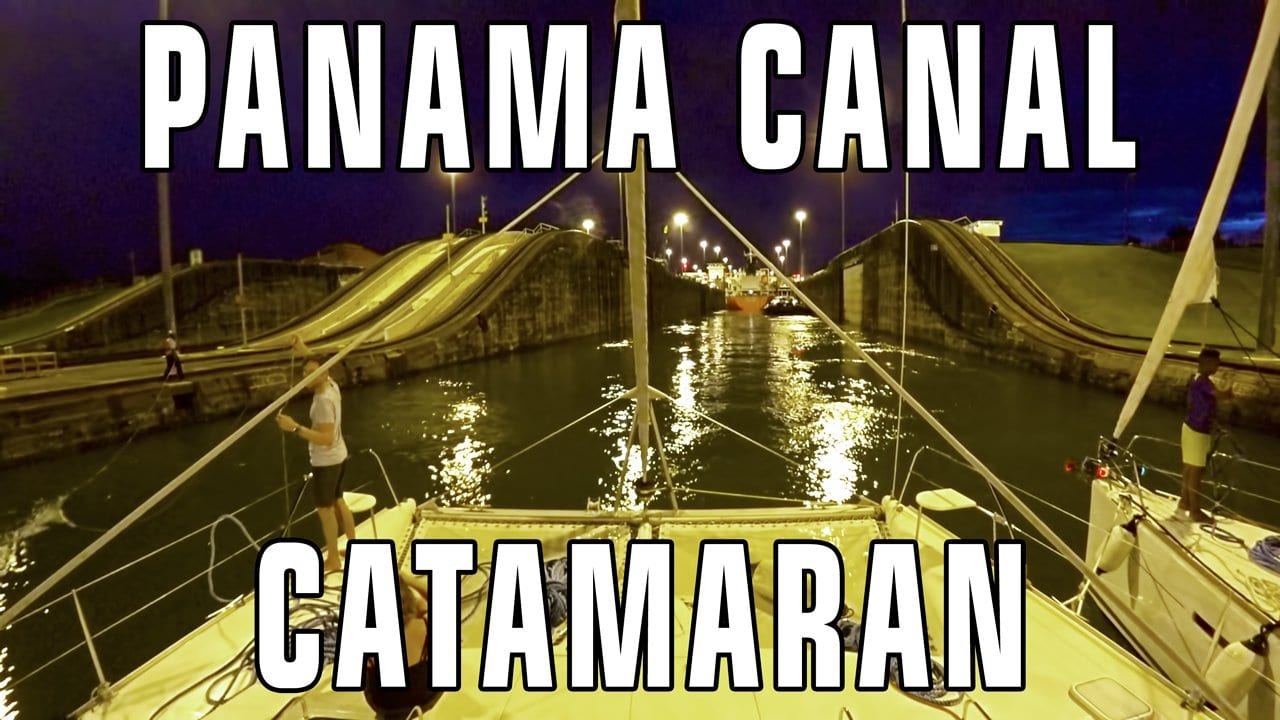 Transiting the Panama Canal On A Sailboat!

Panama Canal by Sailboat - Crewing on Curiosity - Gone With The Wynns
Watch this video on YouTube.

It’s probably no surprise that as full-time RVers, we suffer from wanderlust that extends well beyond the road. So when the opportunity to go flying, sailing and visiting with great friends comes together all at once, that’s about as good as it gets.

We’re re-connecting with Jason & Nikki Wynn, better known as Gone With The Wynns, flying down to join them in Panama to crew aboard their sailing catamaran as they transit the Panama Canal. If you’ve followed them for very long, you know we met when they were fellow full-time RVers, but they’re now full-time sailors.

We were so excited to be crewing on S/V Curiosity for this exciting part of their epic voyage. We’ve always wanted to experience the Panama Canal, but figured it would be on a cruise ship rather than a small private boat.

Nikki & Jason’s videos are stellar, with great editing and cinematography. Instead of trying to match them here (how could we?!) we’re sharing a different view of the canal, reflecting our personal primary interest: the layout, mechanics and operation of the locks and what’s involved in going through them. When all is said and done, we’re geeks at heart, which made experiencing this engineering marvel in action the prime attraction for us.

We hope this adds to the story that the Wynns are sharing, and gives you another angle and more detail on what the transit is like.

We know this isn’t our usual RV-related content, but those of you interested enough to watch our video will surely want to see Nikki & Jason’s, too:

Thanks so much to Jason, Nikki, and Jason’s Mom, Mary, for all the hospitality. For even more detail about the canal transit, be sure to check out the Wynns’ blog post. We had an absolute blast. Follow their continuing adventures at GoneWithTheWynns.com.

Sometimes we receive products for evaluation at no cost and may use affiliate links to the products and services from which we earn commissions. For example, as an Amazon Associate, we earn from qualifying purchases. That said, it's important to us to let you know that our opinions are our own. We only recommend products we believe deliver real value and that we can confidently recommend without reservation. You also won’t pay an extra penny by using our links. Thanks so much for supporting RVgeeks as we work to create helpful RVing-related content that we hope enhances your RVing life!

Whip Your RV's Basement Into Submission, Plus a Panama Canal Teaser!

Read More
We’re the type of RVers who like to mix it up. We’ve stayed everywhere from National Parks to…
Read More

Read More
When you’re planning a trip and certain destinations keep coming up again and again, it’s probably for a…
Read More

Read More
In our continuing quest to experience Australian wildlife in its natural habitat, we’re eager for our first kangaroo…
Read More

Read More
In ten years of full-time RVing, we’d only taken our motorhome aboard a ferry twice before, on a…
Read More