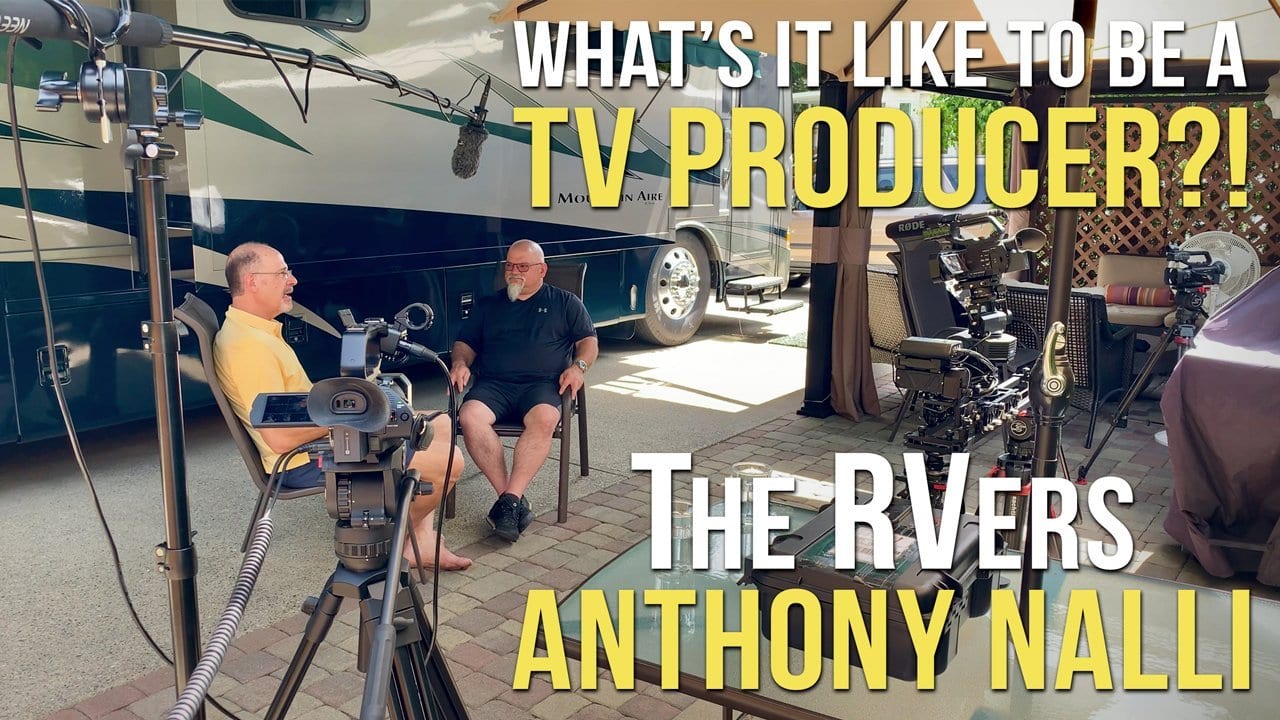 📺 What's it like to be a TV PRODUCER?! 🎥 The RVers Anthony Nalli 🎬
Watch this video on YouTube.

The new TV series The RVers premieres on The Discovery Channel on Saturday morning, November 23, 2019 with yours truly, Peter & John, co-hosting! We’ll also be on PBS, iTunes and lots of other outlets.

While on a recent video shoot, we sat down for an in-depth update with none other than Anthony Nalli, the show’s creator and producer. Anthony also created and produces the long-running PBS TV series The Aviators.

UPCOMING PERSONAL APPEARANCES BY THE RVGEEKS / THE RVERS
We mentioned in this video that several appearances were in the works for us this coming year. So far, we have officially been confirmed as featured speakers at the following events. We hope you can join us in person!

VISIT THE WEBSITES FOR THE SHOW, AND OUR CO-HOSTS:

Sometimes we receive products for evaluation at no cost and may use affiliate links to the products and services from which we earn commissions. For example, as an Amazon Associate, we earn from qualifying purchases. That said, it's important to us to let you know that our opinions are our own. We only recommend products we believe deliver real value and that we can confidently recommend without reservation. You also won’t pay an extra penny by using our links. Thanks so much for supporting RVgeeks as we work to create helpful RVing-related content that we hope enhances your RVing life!

Read More
Ah, that first cup of coffee in the morning – a charming, relaxing, positive way to start the…
Read More

Read More
We just announced the winners in our 12 Days of RV Christmas Giveaway, live on the air! If…
Read More

Read More
We’re now just ONE WEEK AWAY from the premiere of The RVers on The Discovery Channel! After more…
Read More

Read More
We don’t host overnight guests on board our RV all that often. But when we do, we know…
Read More

Read More
We’re currently RVing across Italy with our friends Heath & Alyssa and their 4+-month-old daughter Ellie. While we’re away,…
Read More

Read More
When we bought our RV, it suffered from one of the same afflictions as so many other rigs……
Read More