At certain times of the year when driving in areas where the snow falls and ice accumulates, vehicles (RVs included) may need the help of some extra traction. There are snow chains and snow socks on the market that can provide the traction needed, but what’s the difference? And which works better? In today’s post, we’re comparing snow socks vs chains, with an eye toward figuring out which provides the best traction, as well as the best bang for your buck – and which is better for your RV’s tires.

What Are Snow Socks?

Snow socks are a newer product on the market than snow chains are, so let’s start there. Snow socks are made of fabric. They wrap around your tires and serve to increase the traction of the tires in snow and ice. You may also see snow socks referred to as “auto socks” or “tire socks”.

Once the tire is completely covered by the snow sock and secured (usually with elastic), then the point of contact between the tire and the snow or ice becomes the fabric of the snow sock. The object is to increase the traction of the tire over the original rubber surface of the tire, by creating dry friction on the surface layer of the snow/ice.

What Are Snow Chains?

You may be more familiar with snow chains, as chains have been around a lot longer than socks have. Snow chains (also known as tire chains) are attached to the drive wheels of the rig and are sold in pairs, usually based on the size of the tire, though some are adjustable.

Unlike snow socks which create dry textile friction on the surface layer of the snow or ice, chains provide traction by allowing the tires to achieve a greater grip by penetrating the snow/ice surface, so the tires can grip securely rather than slipping on the surface.

In the “snow socks vs chains” debate, snow socks can replace chains completely except in some areas where chains are specifically required, as determined by the DOT (Department of Transportation) in that area. 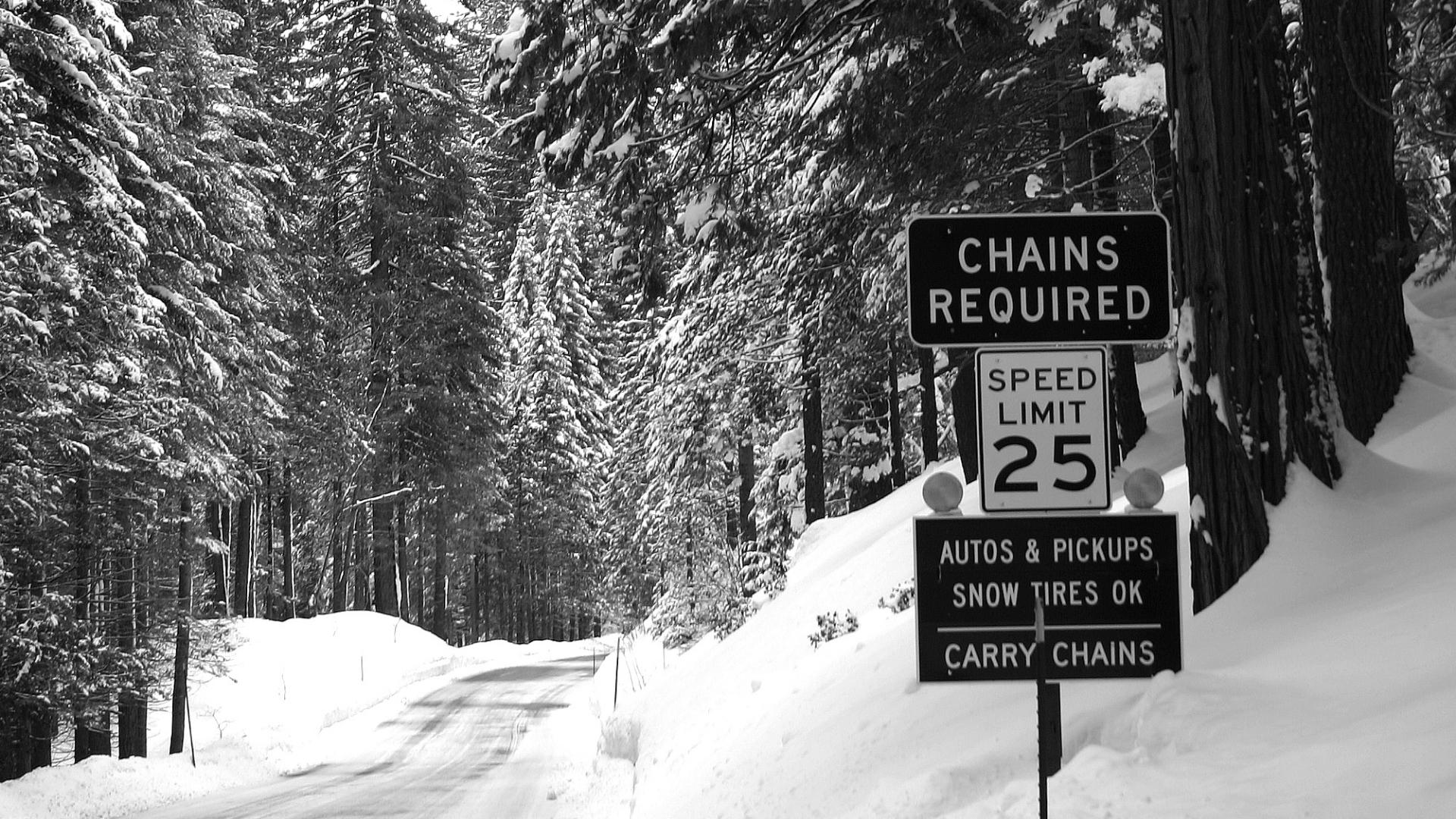 In some areas, snow chains are required. You may be required to carry chains at all times in some states if potentially adverse conditions may warrant the use of chains.

Are Snow Socks Legal in All States?

The AutoSock (the original patented tire sock system that came over from Europe) is the only alternative traction device that is legal in all states. Again, if chains are specifically required in an area for any reason, then only chains are allowed in that area.

In the United States, the AutoSock is even used on semis and on large rigs including those with five or more axles.

Are Snow Chains Legal in All States?

In some states, you’ll see a sign indicating that chains must be used in certain areas. In other states, if there’s an emergency related to snow, authorities will indicate that chains are needed.

In some states, if you see a sign indicating that chains are required, you have to stop and put them on. Usually, you’ll have about a mile between the “Chains Required” signs and the checkpoint. Within that mile, you’ll need to stop and install your chains. 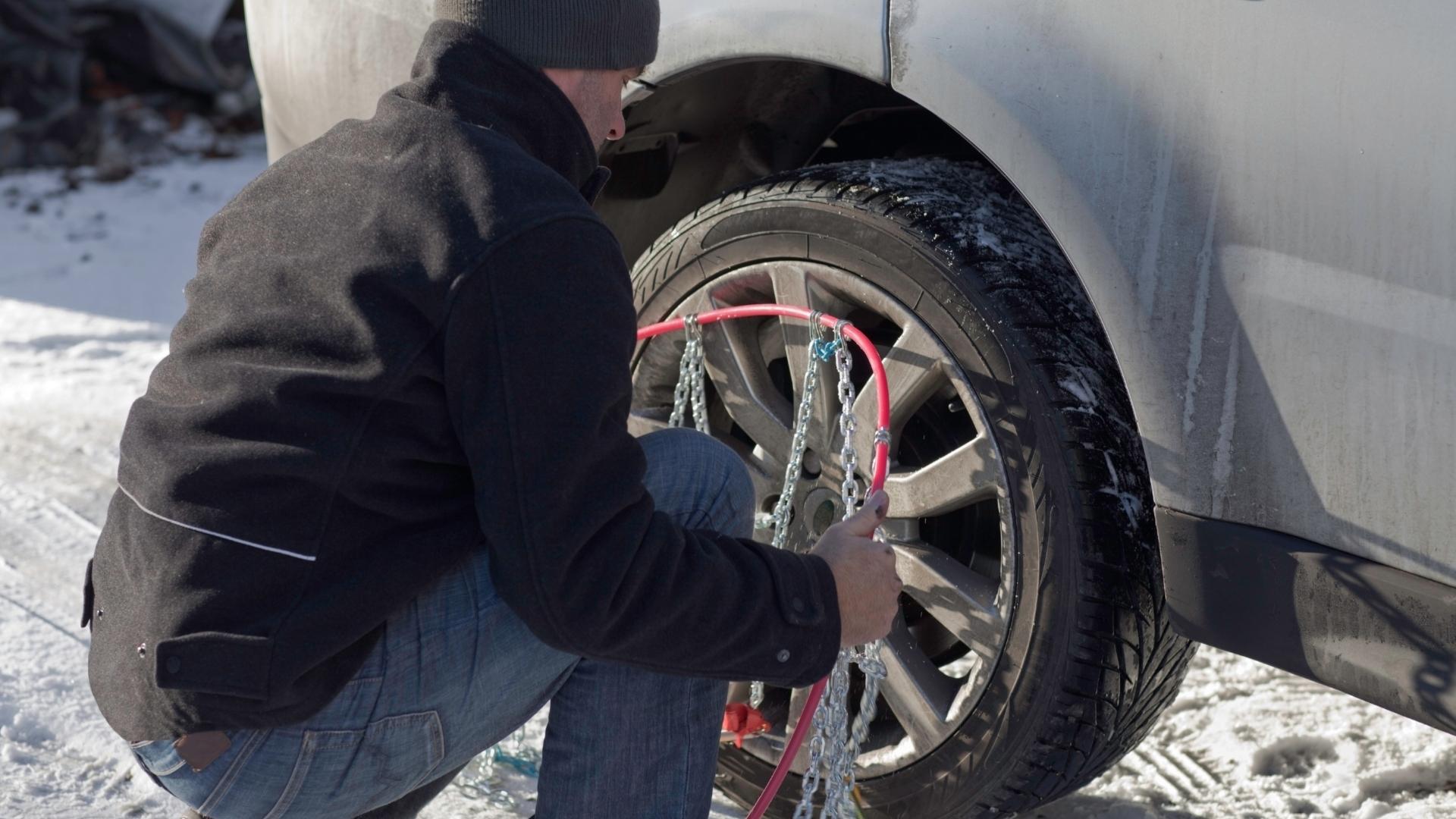 Some states give drivers the option to use chains or not based on conditions.

Laws regulating the use of chains are different in every state, and it’s up to each driver to know whether chains are mandated in certain areas or conditions, or are not allowed.

This site gives you information regarding the chain laws in every state in the United States. (As we publish this post, the information was last updated in November of 2021.)

If you’re going to be driving your RV in the winter, you need to be familiar with the laws pertaining to chains and/or snow socks for each state in which you’ll be driving.

Take this information seriously, because there are states where chains are prohibited:

There are also 11 states that actually require that you carry chains always or during certain periods, and you won’t want to be caught without them.

How Much Do Snow Chains Cost?

Snow chains tend to run anywhere between $70 and $200, generally speaking. There are surely some that are more or less expensive than that, but in general, that’s the mid-range of cost for most pairs of chains.

Here’s an Amazon bestseller with sizes applicable to RVs. (Remember – only the drive wheels get the chains!)

How Much Do Snow Socks Cost?

Snow socks – AutoSocks in particular – run between $100 and $225, depending on the size required. You’ll want to know the size of the tires you intend to cover

What Are the Strengths & Weaknesses of Snow Socks?

Snow socks are light and foldable and very easy to store and transport in any vehicle. They’re also easier to install than snow chains and can be easier to use on vehicles with low clearance. They may also be suitable for use in areas that prohibit the use of chains.

However, snow socks are vulnerable to damage if you drive on areas of dry roadway, as noted in a number of Amazon reviews. As with chains, driving with snow socks means that you have to reduce your speed to 30mph or less. 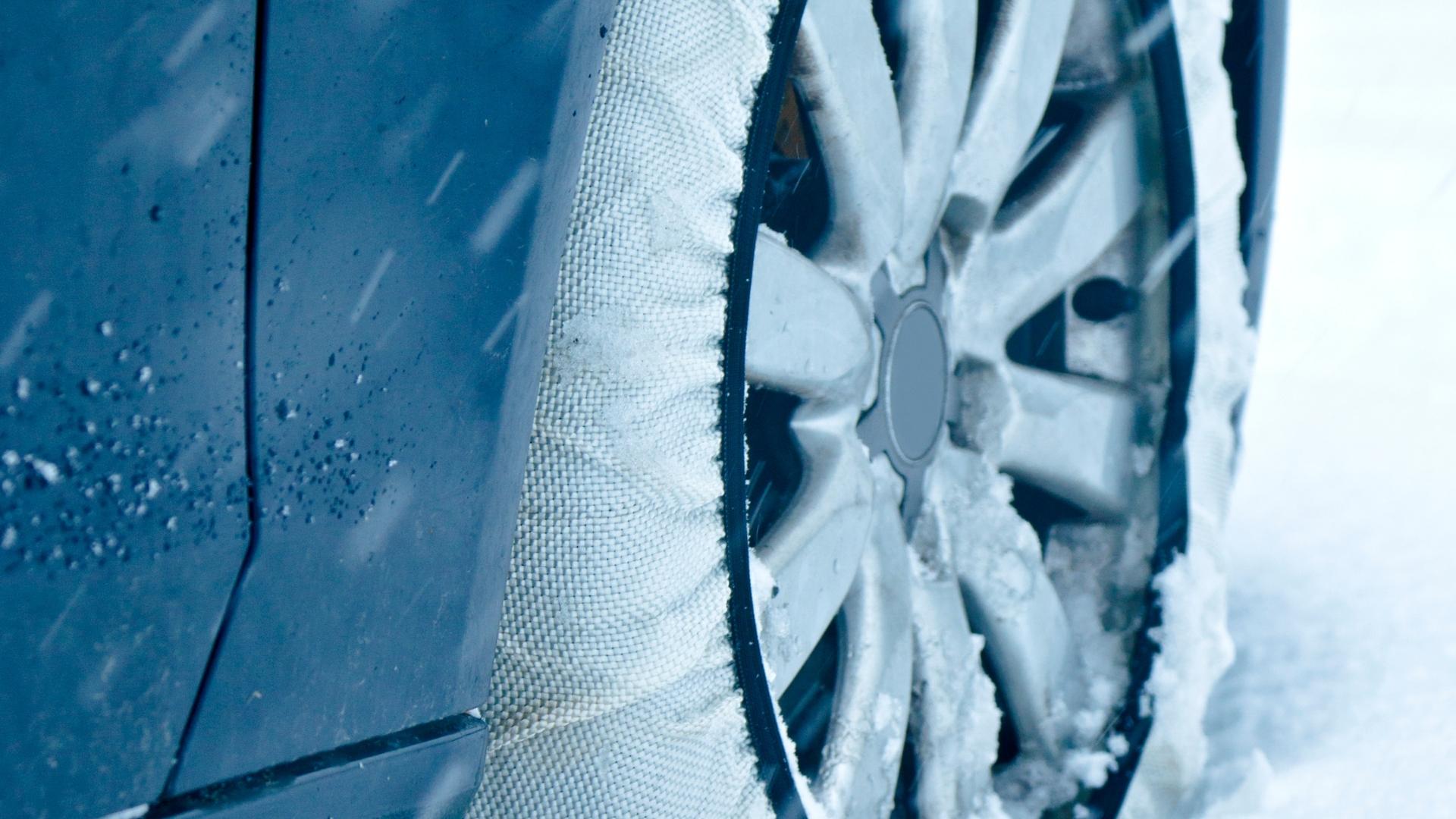 If you intend to use snow socks vs chains, you’ll need to be sure to know the laws in each state where you’ll be driving. In some cases, snow socks can replace chains, but not in all cases.

What Are the Strengths & Weaknesses of Snow Chains?

Snow chains are stronger and more durable than snow socks and can be put on the tire without moving the vehicle. Most importantly, they supply more traction than snow socks do, especially in deep (or packed) snow and on ice.

On the downside, chains can be a pain to work with as they can get tangled, and they can also damage the vehicle if they’re not fitted properly. They’re heavy and not as easy to store as snow socks are. When driving with chains, you need to reduce your driving speed to around 30mph. Finally, if you drive at all on dry pavement with chains, you can damage the pavement.

Yes, they can. Snow chains can cause damage if they’re not installed properly or if they’re driven on a hard surface.

So, if there is very little snow or no snow on the road, snow chains won’t have a softer surface (snow/ice) to penetrate, so they may damage the tire by pressing inward instead. For this reason, you have to uninstall your snow chains if you get to a dry road surface.

Snow socks are unlikely to cause damage to tires, vehicles, or pavement. They have no metal parts and the fabric doesn’t leave tires (or anything else) vulnerable unless you don’t drive as recommended (30pmh max), in which case all sorts of undesirable things could happen.

Have You Used Snow Chains or Snow Socks?

So, in discussing the issue of snow socks vs chains: Have you used snow chains or snow socks with your RV? We’d love to know your experiences with either – or both! Leave a comment below and tell us about it!

Geek Out With Us Every Week

Snow socks are terrible in heavy snow & Ice The vehicle slid all over the place.

Great article, but I think you need to separate snow chains from snow cables; using chains will void the warranty on many newer cars and trucks. Thanks.

Great reminder to always check the owner's manual for specifics on your vehicle.