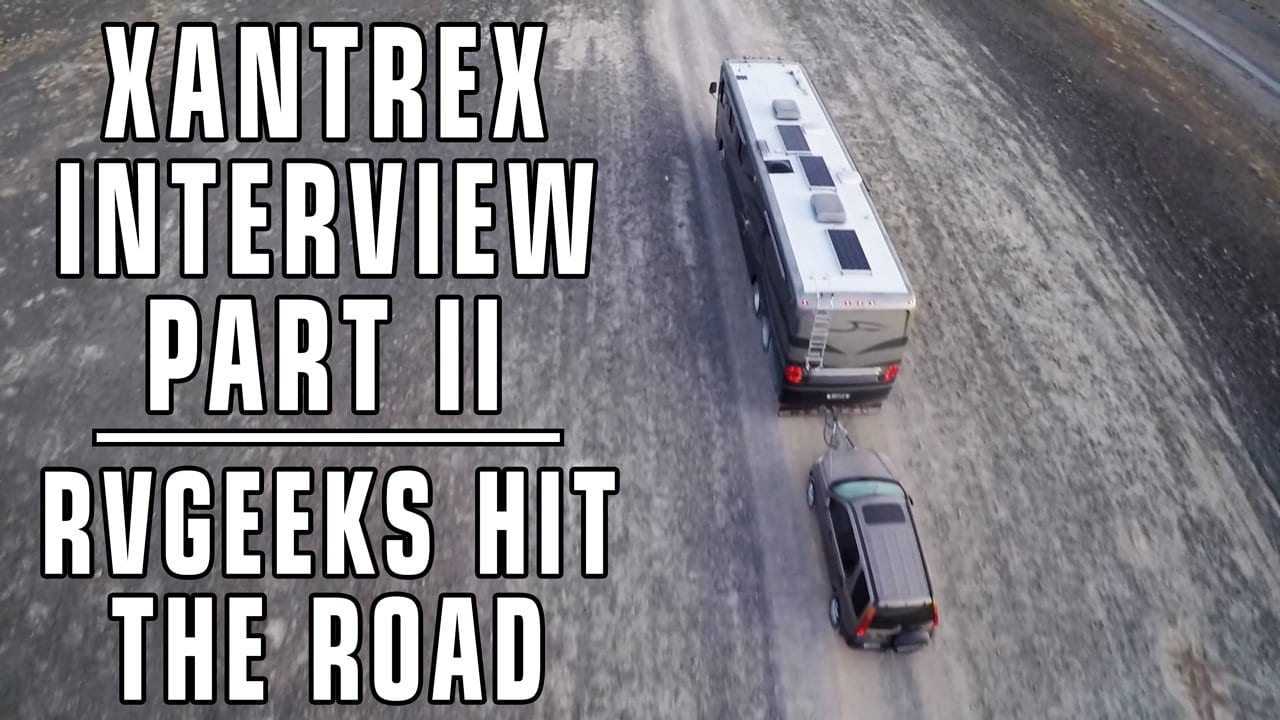 Xantrex has just released the second video in their series about our 13+ years of experience as full-time RVers. This short video touches on some of the reasons we hit the road in the first place.

We also visited Xantrex headquarters in Burnaby, BC, Canada recently, where we hosted a meet & greet on board our RV for about 60 of their employees who were eager to see their equipment employed in a real-life situation. We spent more than two hours making great connections with the people behind our new inverter.

It was an interesting inside look at an aspect of their business that hadn’t occurred to us before. The fact that a company makes products for RVs doesn’t mean that the people who work there are RVers, or are even familiar with them… or have ever been on one before.

When you think about it, that might seem obvious (how many Boeing employees own airplanes, for example). But the thing that struck us most about our visit with Xantrex staff was the interest that so many of them had in seeing our RV, as a direct extension of their dedication to their products. They were eager to see an inverter in actual use by actual RVers, and expressed a great deal of pride in hearing us relate how we use ours… and our satisfaction with it.

Our visit was planned and took place on almost no notice, so we expected very little turnout. But their dedication seems to explain why so many of them made a point of attending, even on a busy Monday. They were truly interested in seeing the products they create being used in real life by real RVers and had a ton of questions for us.

The lengthiest interactions we had were with the engineering and design team. They wanted to tease out every detail of our experience, good or bad, to learn what they might do to improve their products. We had a couple of suggestions regarding functionality that led to deep discussions among them about how to achieve certain goals. It was great to see how receptive they were.

One thing was clear above all. The people behind this equipment are extremely interested in making it all work in the best possible way in real-world applications. Which probably explains why their products are so good already.

After initially installing our new inverter/charger, we had more to do. We finished tying up the new cables we’d installed. In the photo below, you can see the black split loom (protective wire covering) we’ve added to give our job a factory-original look. But there was more to do.

Besides the inverter itself, we had two components to add to the system: an automatic generator start module, and the Xantrex Combox. The AGS is a pretty common feature, which we’d also installed into our previous Magnum inverter system. But the Combox opens a whole new world of 21st century tech that we’ve never had before.

As we wanted to surprise the Xantrex team, we purposely hadn’t told them that we’d completed the Combox installation, just days before our arrival. They were floored when we stood near our RV and fired up the generator from our iPhone! We’ll be sharing more details about that in an upcoming video of our own.

As we’ve continued to test and use our new Xantrex Freedom SW inverter, we have yet to uncover a single issue. We’ve spent the past couple of months at an RV park with regular power outages, loaded up the system with heavy draws, switched randomly between shore, battery and generator power. So far, we have not had a single fault or power dropout. We’re happy campers.

Thanks so much to Xantrex, both for improving our power management, and for producing the above video for their YouTube channel. We look forward to sharing more in the series as they become available.

For more information about Xantrex products, visit their website. To read Xantrex’s article about us, view it here.

18 Comments
Newest
Oldest
Inline Feedbacks
View all comments
Sometimes we receive products for evaluation at no cost and may use affiliate links to the products and services from which we earn commissions. For example, as an Amazon Associate, we earn from qualifying purchases. That said, it's important to us to let you know that our opinions are our own. We only recommend products we believe deliver real value and that we can confidently recommend without reservation. You also won’t pay an extra penny by using our links. Thanks so much for supporting RVgeeks as we work to create helpful RVing-related content that we hope enhances your RVing life!

Read More
Having lived and worked in our RV for close to two decades now, and being the avid boondockers…
Read More

Read More
As those of you who’ve followed us for a while know, we’ve got an extensive solar system on…
Read More

Read More
In Part 5 of our LED Your RV series, we’re replacing our RV’s docking and patio lights with…
Read More

Read More
Harnessing the energy from the sun to power your RV is a fantastic feeling. We think that installing RV…
Read More