With RV winterization in full swing, we thought this would be a good time for a post about RV antifreeze in which we answer some of the most frequently asked questions about “the pink stuff”, including “Is RV antifreeze toxic?”

Many RVers who store their RVs for the winter (or even some who continue to use them in cold climates) use RV antifreeze to protect the plumbing systems of their rigs. This (or blowing out the plumbing system with air pressure), is an important thing to do because RVs are not particularly well insulated (or not enough to be fully protected in extremely cold conditions) and, depending on the rig, many RV plumbing systems have a lot of exposure to, and potential impact from, ambient temperatures.

Protecting plumbing components such as pipes, p-traps, holding tanks, water pumps, and water heaters is absolutely necessary unless you want to wake up in the spring to find burst pipes, leaking water pumps, and all sorts of expensive messes to repair.

So, without further ado, let’s get to all the burning questions in the minds of winterizing RVers everywhere…

What is RV Antifreeze?

First, it’s important to note that RV antifreeze is NOT the same thing as automotive antifreeze.

In short, RV antifreeze (technically known as “the pink stuff”) is a product that exists specifically to protect the various components of your RV’s plumbing system from expanding in the cold and bursting.

In areas where ambient temperatures reach freezing or below, it’s critical to treat an RV’s plumbing system by blowing it out with air pressure and/or by using RV antifreeze. 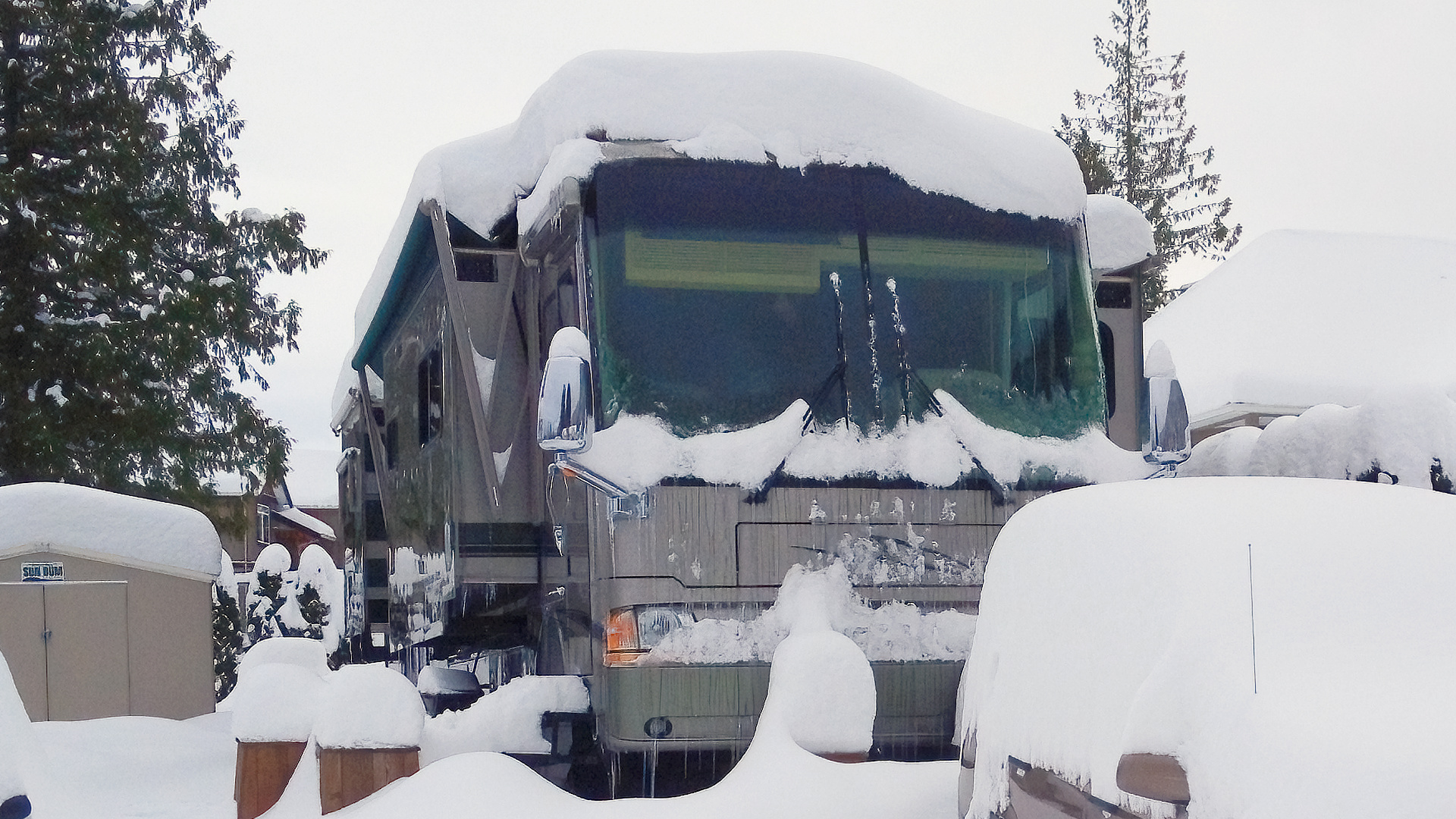 If you park your RV in an area where ambient temperatures are likely to dip below freezing, you’ll need to prevent your RV’s plumbing system from potential damage.

RV antifreeze technically lowers the freezing point of water. Some types also serve as a lubricant which helps to protect seals inside RV toilets and faucets from cracking in the cold.

But, is all RV antifreeze the same? Let’s take a look…

Is All RV Antifreeze the Same?

You may recognize ethanol as an alcohol. Propylene glycol is essentially a “double alcohol”. Without getting into chemistry, both ethanol and propylene glycol serve the RV winterization process by lowering the freezing point of water (meaning that it has to get colder than 32°F/0°C before things will begin to freeze up… how much lower is dependent on the chemistry of the antifreeze and how diluted it is by water left in the plumbing).

While ethanol-based antifreeze is less expensive, propylene glycol has several advantages over ethanol within the context of the RV winterization process, which is why it’s the most common type of RV antifreeze to be found on the shelves of RV shops, marinas, and boat shops.

And finally, propylene glycol-based RV antifreeze is non-toxic. Let’s talk about that important point for a minute…

Is RV Antifreeze Toxic to Humans?

When used as directed, RV antifreeze is NOT toxic to humans and is not a risk to an RV plumbing system, including the fresh water tank and system that delivers water to your drinking glass. 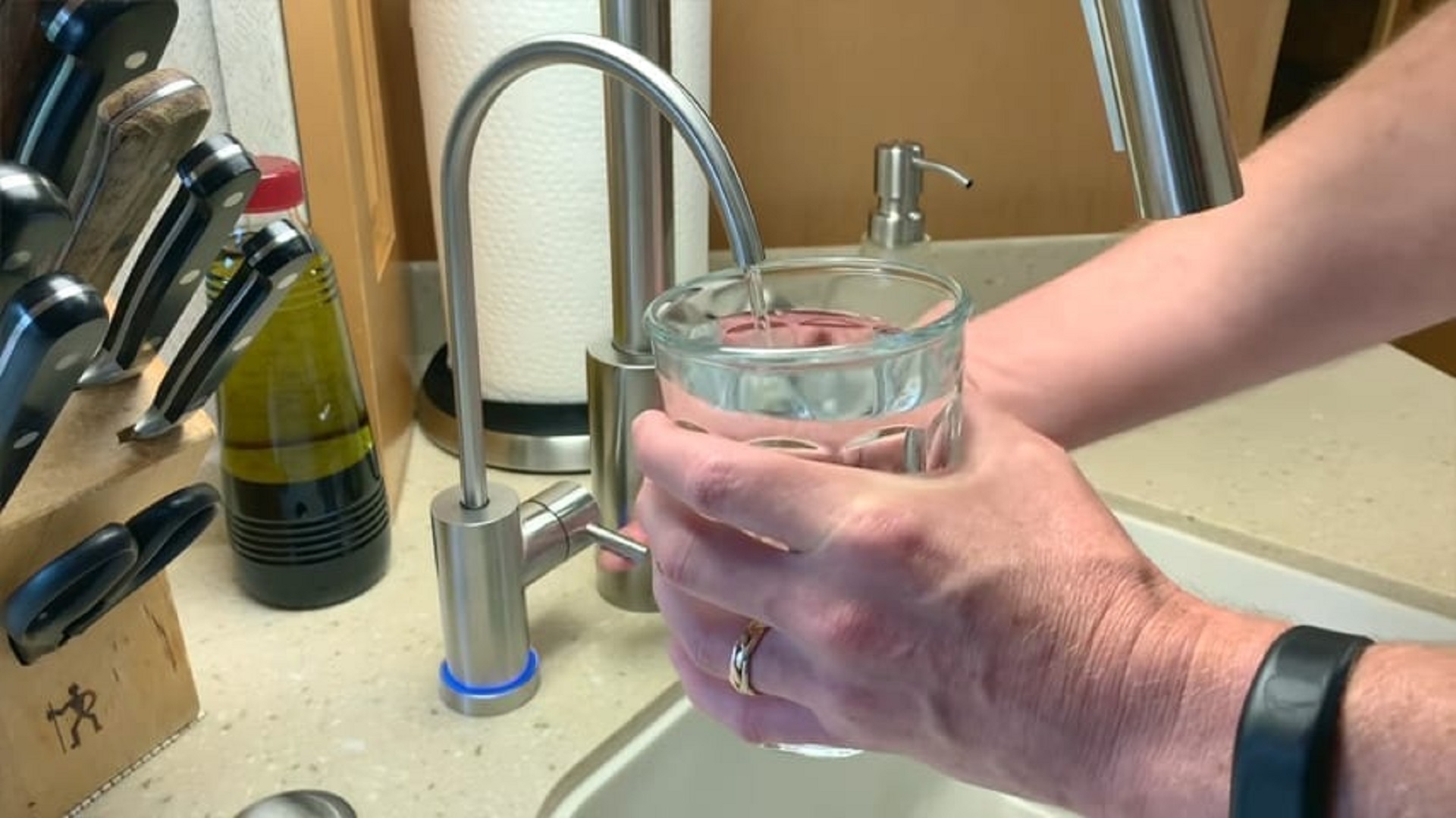 HOWEVER – this doesn’t mean that RV antifreeze is safe for humans to consume directly, in quantity, on purpose (this probably goes without saying, but there’s always someone willing to take a challenge so we thought we’d spell it out, just in case 😉… DON’T DO IT!!!).

RV antifreeze is non-toxic to humans in any quantity which its intended use would bring about. In other words, if you winterize your RV with propylene glycol-based RV antifreeze (fresh water tank and plumbing included), the antifreeze will not be toxic to anyone who follows the prescribed directions to winterize and then DE-winterize the RV before using it again. And yes – that includes drinking the water after the de-winterizing process has occurred.

Is RV Antifreeze Toxic to Animals?

While propylene glycol is non-toxic to humans and “generally regarded as safe” by the FDA, it can be toxic to animals, particularly to cats (even in small quantities), though it also can be toxic to dogs if they consume it in larger amounts.

The danger for pets is that propylene glycol-based RV antifreeze has a sweet taste and smell, so it’s alluring to animals… and it means that they’re likely to consume it given the opportunity. Cats are especially sensitive to propylene glycol and even a small amount can be devastating to a cat, as feline kidneys may fail, or they may develop a type of feline anemia that’s destructive to blood cells. Ingestion of larger amounts of RV antifreeze by dogs may require veterinary attention.

With all of that said, propylene glycol-based RV antifreeze is still the safest product on the market for winterizing your RV using antifreeze. You simply need to use caution (and keep your pets away) when using it and when disposing of it.

Is it Okay to Put RV Antifreeze in My Freshwater Tank?

Yes – it is anticipated that RV antifreeze will be used in freshwater tanks and it is safe to do so, provided you winterize and DE-winterize according to the specifications of your RV’s manufacturer and the instructions on the particular RV antifreeze you used. 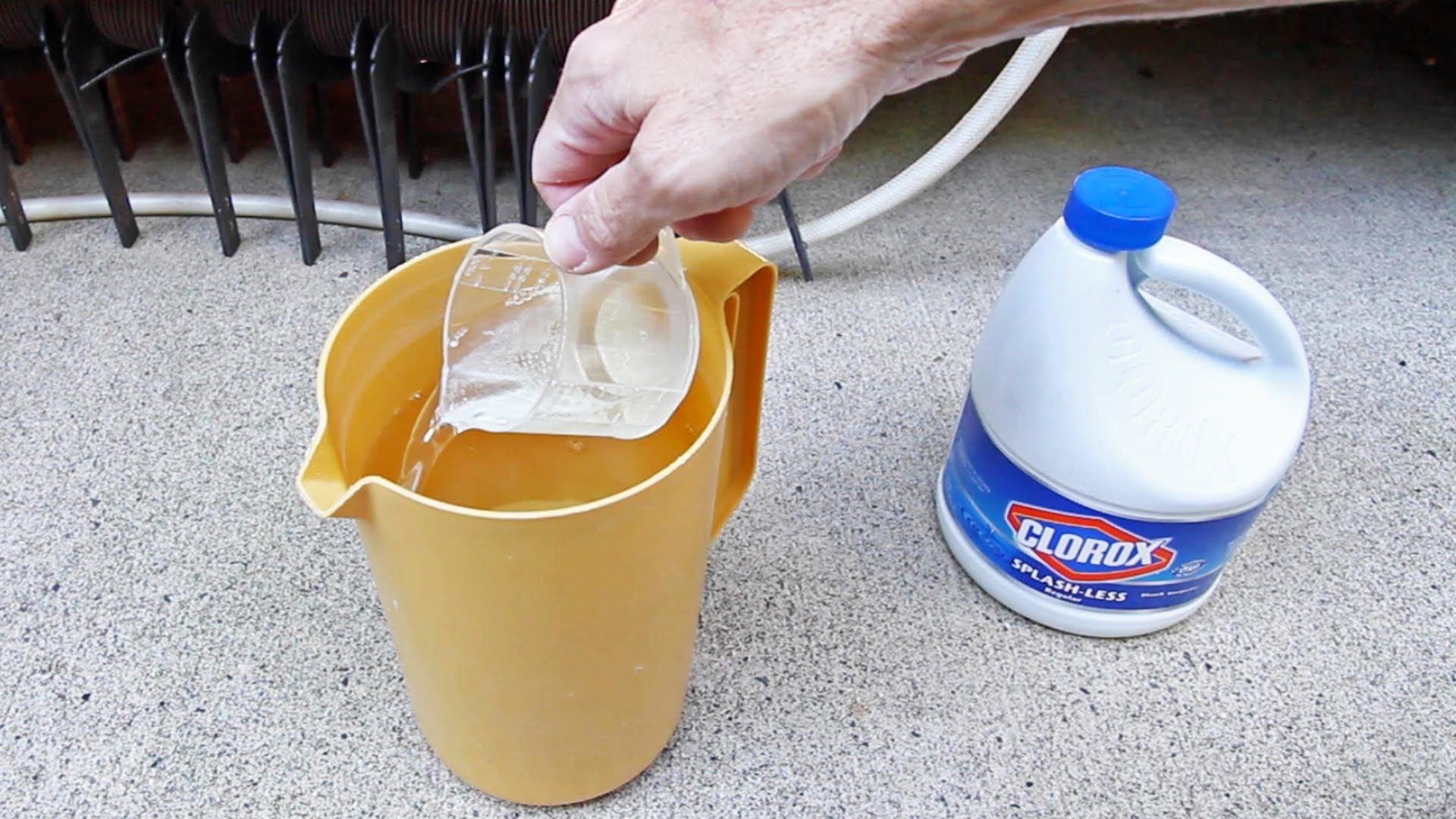 There are a couple of ways to sanitize your RV’s fresh water system, neither of which is difficult or all that time-consuming.

When you de-winterize an RV, you also need to rinse your freshwater tank and rinse fresh water through the entire plumbing system prior to consuming the water from your RV. It’s also not difficult (and a even good idea) to sanitize your RV’s water system after de-winterizing to get it ready and safe-to-use for the new camping season.

Is RV Antifreeze Safe to Dump on the Ground?

RV antifreeze is NOT safe to dump on the ground, particularly with respect to the safety of pets and other animals as noted above. While RV antifreeze is labeled non-toxic and sometimes even biodegradable (depending on the brand), it’s best to always drain it into a dump station, sewer, or septic tank.

In larger quantities, RV antifreeze may be harmful to the environment and can leach into well water.

Can You Flush RV Antifreeze Down an RV Toilet?

RV antifreeze can be used in an RV toilet, and in fact, some RVers actually use RV antifreeze to flush their RV toilets during winter travel.

After use, properly disposing of the RV antifreeze at a dump station ensures that it will not harm animals or the environment.

How Do You Properly Dispose of RV Antifreeze?

In addition to dumping your RV’s tanks at a proper dump station as part of the de-winterizing process, some RV manufacturers, auto parts stores, and automotive service shops may be willing to take care of unused RV antifreeze that you wish to dispose of if you’re unable to use it.

RV antifreeze that is made with propylene glycol is far safer than ethanol-based antifreeze. It is labeled as non-toxic and is generally safe when used as directed, though it may be dangerous to animals even in small quantities.

As with any liquid of a chemical make-up, we should always use caution when using and disposing of RV antifreeze.

Hi, good article ,as always. In the evaluation of the different antifreeze product available, I saw that some product are recommended for plastic only as some others are for plastics and metal. Do you have any comment on that?

Hi Mario. Good question. We'd recommend checking the requirements for the coolant for any particular application (i.e. check the owners manual for recommend coolant) and matching the replacement to the same spec.

Hi Gary! Thanks so much for looking out for us. That was indeed an editing brain fart. All fixed now!